Between Venice and the Valpolicella Classica, the 2021-22 edition has drawn to a close of ‘Costasera Contemporary Art’, the two-yearly project created by Masi back in 2013 to combine two expressions of culture: contemporary art and wine-making excellence. The Verona-based company, in fact, in addition to growing vines, also cultivated good patronage practices, paying particularly close attention to Venice and its thousand-year-old culture.

The latest edition, launched in November 2021, saw the multidisciplinary artist and designer from St Petersburg, Misha Libertee, create “Jaba” using the texture of a tropical amphibian to convey a message of social commitment, with an invitation to respect nature in all its expressions.

The work was reproduced on the label of a valuable selection of Amarone Costasera 2003, a historic collector’s vintage of the Cantina Privata Boscaini. Income from the sales of the limited edition financed a study grant for a scholarship in the famous Murano Berengo Studio, hub of artistic glass of international reach, frequented by some of the world’s greatest artists interested in discovering the secrets of this typically Venetian art. Artist Misha Libertee, who took part first-hand in the Venetian scholarship, flanking Irina Deryabina, chosen for his talent as young set designer for the Bolshoj theatre in Moscow, declared: “I started my career as an industrial designer and am now experimenting with what the latest technology has to offer us, from metaverse to artificial intelligence. As soon as I was given the opportunity to approach such an ancient, traditional art, famous worldwide as a prestigious artisan craft, I had no hesitation in making the most of the opportunity, aware of the incalculable value that an item created from the masterful interaction of man and matter retains in all periods of history”.

During the Venetian scholarship just completed, the artists created two Murano glass works with the help of master glass-makers. Mr Libertee’s work, entitled “Tigre combatte l’anaconda” (Tiger fights anaconda) brings the ancient topic of the battle back to the foreground. “I have chosen this ancient subject, reviewing it in a modern key, using minimal figures of animals fighting each other”, artist Misha Libertee explains. “The idea is that both sides have their reasons but there are no winners in battle, because ultimately, in clashes, everyone loses”. “Un Uomo e una Donna” (A man and a woman) is the work created by Irina Deryabina, inspired by the Russian avant-gardes: a male and a female figure, stylised, conveying the concept that men and women are in actual fact one-of-a-kind if seen as human beings and what matters is not the difference in gender but rather the spirit and the personality.

After the Venice scholarship, the artists were welcomed at the Masi and Serego Alighieri estates in Valpolicella by Alessandra Boscaini, seventh generation of the family owning Masi, who commented: “It was a great pleasure for us to welcome Misha Libertee, an extremely talented artist with great passion and an open mind. In getting to know him a little better, I was particularly struck by his great desire to get to know and understand our Venetian culture, its values and innate beauty, as proof of how culture truly is the best tool for understanding and combining populations”.

THE VIDEO OF MISHA LIBERTEE AND IRINA DERYABINA'S SCHOLARSHIP IN MURANO 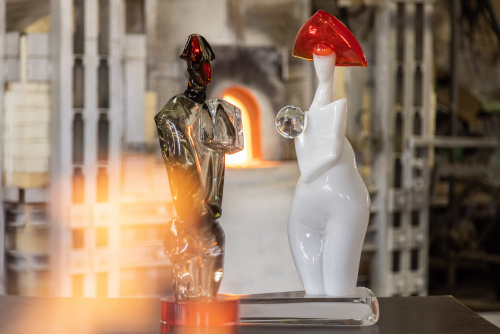 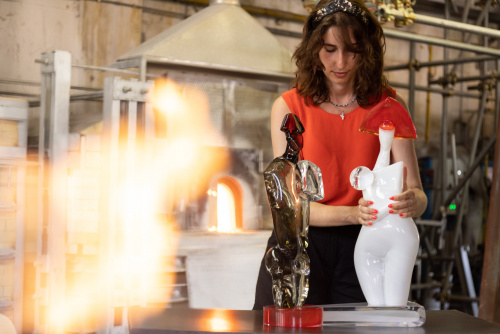 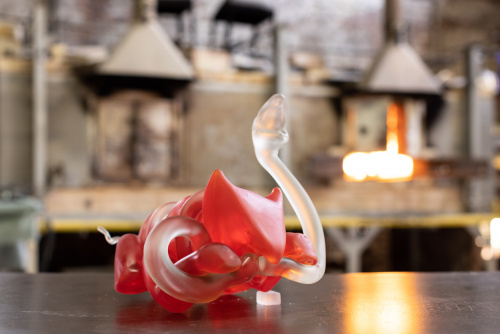 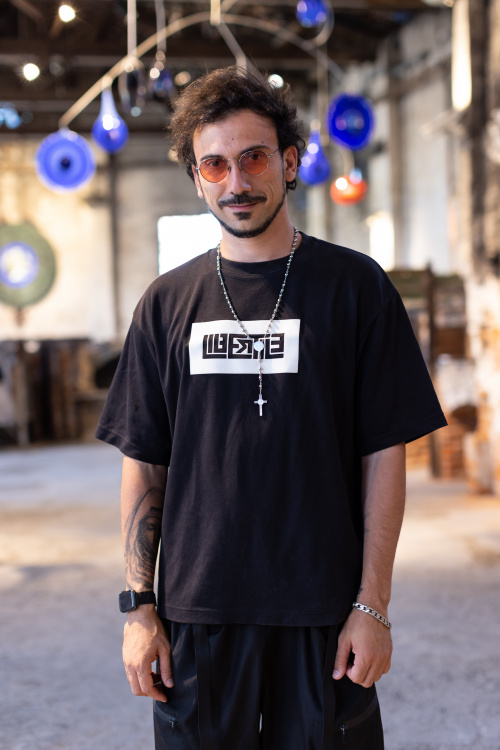 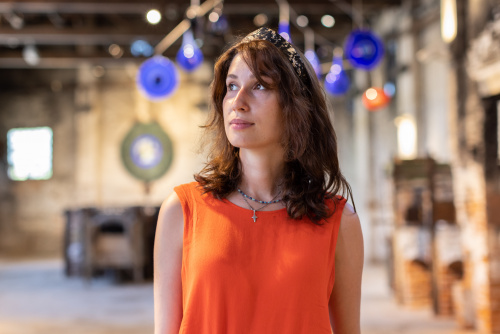 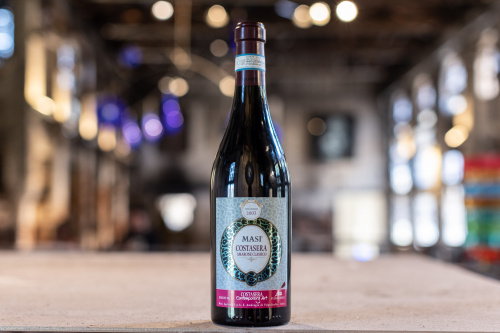 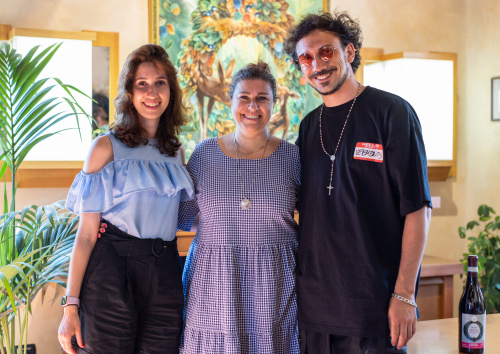 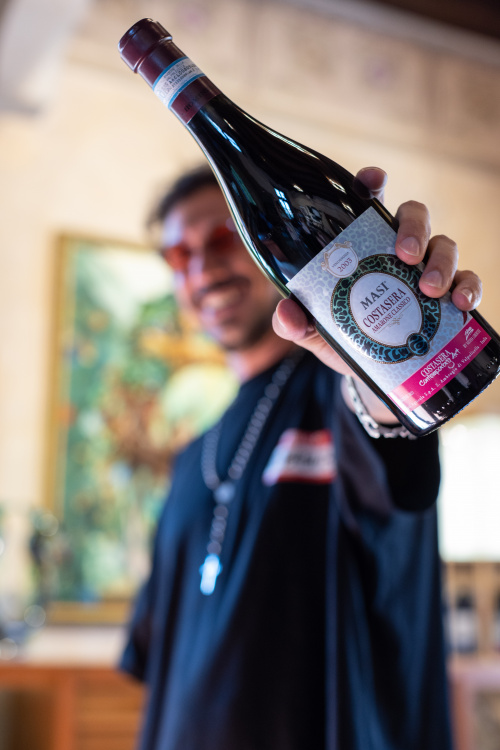 Become a part of the Masi world

Special events and exclusive offers are waiting for you.